Llull, for tuba solo, is a virtuosic homage to philosopher Ramon Llull. Among other achievements, Llull drew one of the first heuristic maps, composed what he called worthless songs and poems, and has been rightfully accused of anticipatory plagiarism by the Oulipo writers.
In this tuba solo, the performer weaves a complex web of expressions, techniques, and reminiscences that presents the tradition of tuba playing in a kind of retrograde inversion.

I wrote this composition for fantastic tuba player David Mercedes. 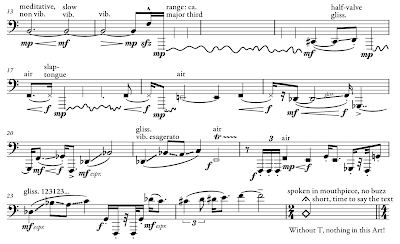 The premiere of Llull will be streamed on Sunday, September 27 from the Streaming page at the University of Iowa School of Music.