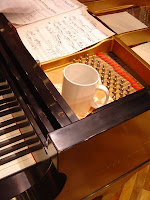 I took the picture on the left during the dress rehearsal for the premiere of Bleu 3. The mug is used to play glissandi in the piano part, as you can see on this excerpt: 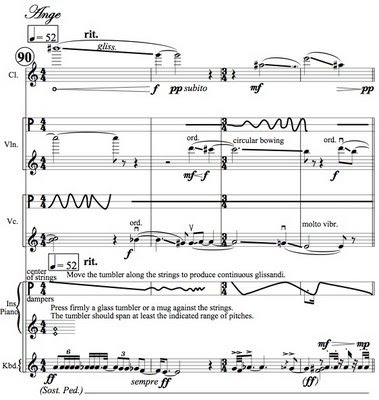 Bleu 3 is a quartet for clarinet, violin, cello, and piano, linked in several ways to Messiaen's Quartet for the End of Time. In June 2008, it was awarded the George Arthur Knight Prize by the Harvard Music Department.

Students who recently received the prize include: 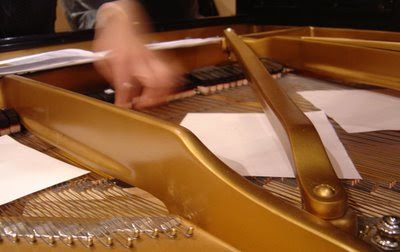 Purchase the score of Bleu 3 on amazon.com.
Listen to Bleu 3 on last.fm.