Coming in July 2015:
Metallum is an interactive alpine cow bell (toupin). Necessary to a successful emmontagnée, the toupin is interpreted here as the alpine equivalent of Asian percussions, such as the Japanese singing bowl (rin gong), or the Chinese opera cymbals. A ritual bell, which sounds like a call to imagination and like an echo sent back by the rock faces of my native mountains. 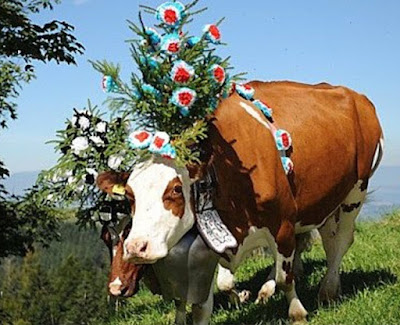 A queen & her toupin... Picture from 20min.ch
announcement installation