The second session of our Electro-chamber music class was dedicated to delays. We played with a great piece of gear: the Boss DD-7.

It's a powerful compact digital delay pedal, complete with expression pedal input to continually vary the delay time for instance. But to fully understand what's going on when we're using such gear, knowing about the history of delay effects comes very handy.

That's why I introduced in class a couple of great musical examples featuring tape delays. Of course, two major actors in 20th century electronic music are mentioned: the group Pink Floyd and composer Karlheinz Stockhausen. Here are a few visuals: 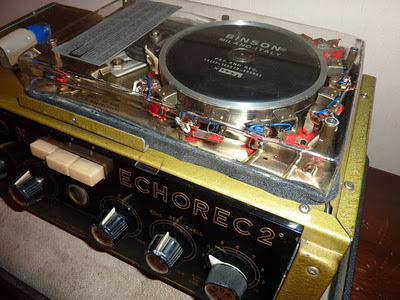 David Gilmour used a Binson Echorec extensively with Pink Floyd
between 1968 and 1977. 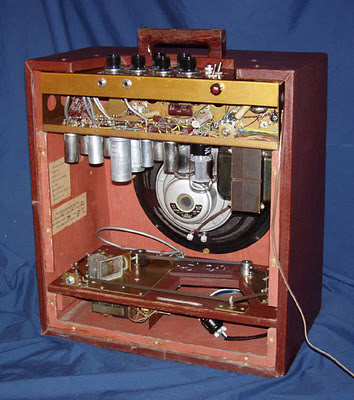 The very first commercialized guitar delay
was inside the Echosonic amplifier

Excerpt from Ray Butts' patent for the tape delay inside the Echosonic.
Check out the recording head (REH) and the play head (PH). 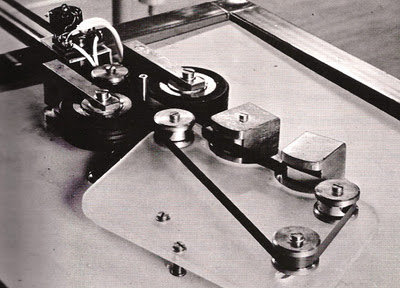