Yesterday, I attended the last concert of the Screaming Headless Torsos’ European Tour 2010. David Fuze Fiuczynski is an amazing musician - I already told you when he came to talk with the composers at Harvard. 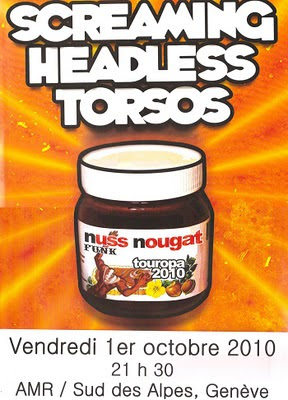 The band was in great shape. The essence of today's funk, straight from New-York. And a killer duo made of drummer Louis Cato and percussionist Daniel Sadownick.

In addition to playing originals, they kept with the tradition of playing “standards”: like Bach when he was re-writing Vivaldi, like the boppers when they were playing the Broadway hits, the Torsos rendered the most funky version of Michael Jackson’s Remember the Time. Well, they also played Charlie Parker, it was a “jazz” concert, after all.